One good thing about speaking to people my age is that I don’t need to remind them of how things were. We are all aware…. for instance, everyone can recall when Pan was the sound of Carnival. When a party wouldn’t be right without a pan-side.

Now, according to a recent study, the audience for pan is mainly: “an aging population, many of whom are now middle aged and retirees.”
That’s us! It’s also bad news.
Why? ….. Because when popular music loses its young audience, it begins to die. Or become a museum piece, like jazz.

You may protest saying : “but when we look at the Steel-bands most of the players are young.”
Good news? …. No !
These young players may play for a few years, but with hardly any of their friends coming to listen and support, they eventually walk away never to set foot in a pan-yard again. Young people playing music for old people isn’t sustainable. Pan in its glory was when young people played young people’s music for a young audience. Those youths made music, even against the wishes of their elders when they had to.

If Pan is to once again flourish, it can only do so if it earns the Love of the Youth. Not as it once was: “those days are dead and gone”, but maybe as an integral part of the musical landscape of T&T.
How?….. Train the youth to do their own thing.

Many Steel-bands which are concerned about succession have groomed youth bands. However, usually their approach is very conservative and old-fashioned. That is, the UK Royal School of Music syllabus. Teaching young pannists music literacy is seen as the main task if pan is to develop.

No one has considered that that approach was tried on generations of Trini women, and failed miserably. Many being forced to endure piano lessons and the only result was to make them hate the piano. Why would Pan be any different?

Instead, why don’t we teach young pannists the skills mastered by all great popular musicians, whether it’s Bob Marley or the Beatles, Boogsie Sharpe or Ray Holman. Those are the skills to learn by ear (i.e. teach yourself to play any song) and to improvise.

A pannist who can learn by ear can play the music he (or she) likes, and what his or her friends like. So instead of young playing for an old audience, maybe they will play for people their own age. Then, if he can improvise, he can compose – that is produce music for his friends. And he can jam: with anyone on any instrument. He can take his pan and play with a friend on a cuatro and another on a keyboard.

Let’s give the young generation the pan, along with the skills to do whatever they want with it. And have faith in them. Don’t worry. Things will turn out for the best.

In other words, let us hand over the national instrument to the young generation by making modern musicians of them. It will be the best thing for the instrument but also for the nation.

Dr. Kim Johnson is an accomplished journalist, author, and researcher and is recognized as a foremost Steelpan historian in Trinidad & Tobago. 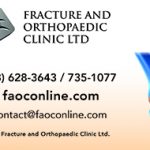 I have knee pain and the doctor says I need Knee Replacement. Now what?homepage 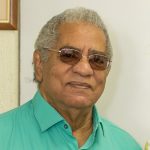